The Elma C. Lomax Incubator Farm is a training ground for new farmers located in Cabarrus County, North Carolina and is managed by the Carolina Farm Stewardship Association. The Lomax farm provides an example of a food system project that was developed in response to the community’s expression of a need. At a gathering of the agriculture community a number of years ago, agricultural landowners expressed concern about an increasing population of aging and retiring farmers, and felt that training new farmers needed to be a priority in order to keep agricultural land economically viable. 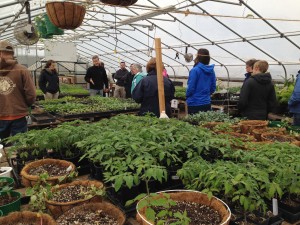 Field trips to local food projects are a great way to learn about project approaches and lessons learned that can be applied in other projects in other places. The North Carolina Cooperative Extension Service at North Carolina State University led the development of a 360 video virtual field trip of the Elma C. Lomax Incubator Farm as an example of a community-based food project that contributes to local farm viability, consumer awareness and education about agriculture, and community food security and resilience. Since it is not always feasible for people to visit local food projects of interest to them, we see virtual field trips as an alternative way to share the story of existing projects to help improve other local food project outcomes by providing information on what works and what doesn’t before organizations or communities commit time and resources.

For the Lomax farm field trip, we chose to use 360 degree and drone video footage to provide an enhanced 3-dimensional and aerial experience for field trip participants. In this field trip, the viewer has the opportunity to learn about the project’s community approach from the farm manager, Aaron Newton, as well as hear about two new farms on site from Ben Street of Street Fare Farm and Cody Hammel of Hammel Heritage Farms. A virtual walk through the farm is provided, affording the opportunity to see various areas of the farm and hear about their functions from the farm manager. 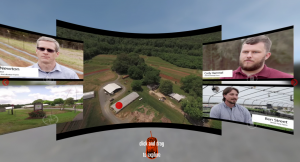 This virtual field trip was developed as a part of an online local food systems course that will be publicly available later in 2017. Contributors included: